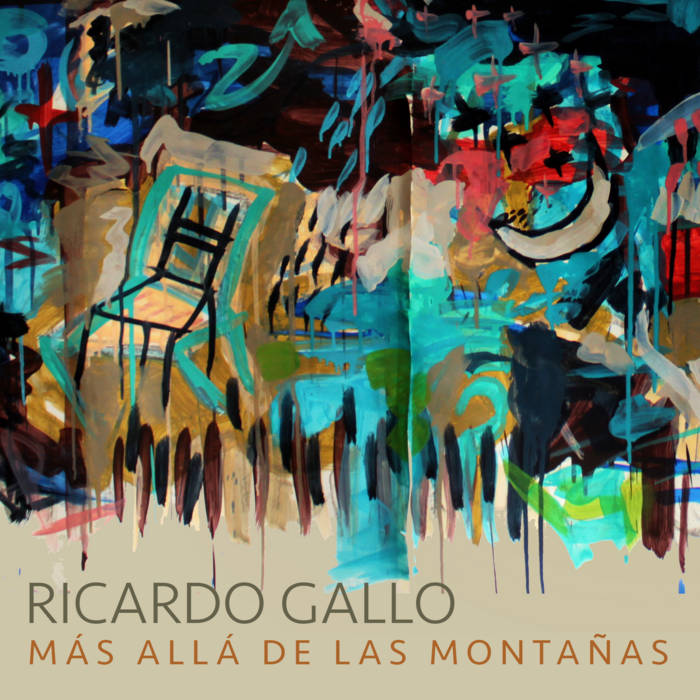 After releasing several albums with his own groups and duos pianist Ricardo Gallo makes his solo debut with “Más allá de las montañas”. The album features solo piano renditions of mostly original material encompassing new music, versions of compositions previously released with his Bogotá-based quartet or with the New York band Tierra de Nadie, improvised pieces as well as a cover of song by Violeta Parra. The recording was made at the Banff Centre in Canada, mixed and mastered in Bogotá, Colombia.

Ricardo Gallo: piano.
All music by Ricardo Gallo except "Una copla me ha cantado" by Violeta Parra.
Recorded at the Banff Centre, Canada by Magdalena Kasperek and Marta Olko in november 2012.
Mixed by Daniel Restrepo in Bogotá, Colombia.
Mastered by Camilo Giraldo in Bogotá, Colombia.
Art by Siu Vásquez, 2016
Design by Nicolás Herrera
Produced by Ricardo Gallo
The recording of this album was posible thanks to funds from Colombia Ministry of Culture for a residency at the Banff Centre in 2012.
© bluegallo music 2016

Bandcamp Daily  your guide to the world of Bandcamp